The Plight of a Civil War Soldier...

While writing HAZARDOUS UNIONS I learned a lot about the Civil War soldier. Men of all ages, some as young as 12 years old and even women enlisted. To be a Civil War soldier on either side of the coin was a horrible job. While 110,000 Northern and 94,000 Confederate soldiers were killed in battle, an enormous 388,580 died from illness; diarrhea, typhoid, typhus, malarial fevers and pneumonia were all rampant during the five years of the War.

The soldier faced more misery than his counterparts in either World War I or II. Poorly clothed, underfed and at times without shoes, these men and women still woke each day, fought on open battlefields and risked their lives. 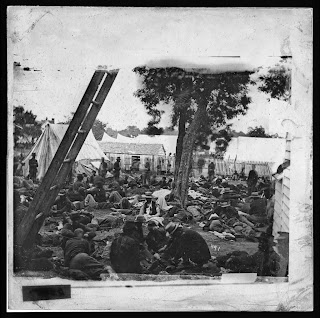 Field hospitals were set up within camps and were nothing to write home about. Poor medical treatment, lack of antiseptics and an unclean environment led to many painful infections often ending lives. After a battle, injured soldiers were strewn about the dirt floor where they waited for a surgeon to tell them their fate. 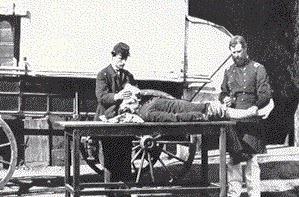 Amputations were custom back then and soldiers watched as their limbs were hacked off with little or no anesthesia. Bloody bullet wounds were dressed and often infected by the unclean hands of physicians. Blood transfusions would’ve saved many lives, but with little understanding as to how this was done, there were only two attempts throughout the whole war.

If these conditions weren’t enough to frighten the hell out of the soldiers then battle would. Unlike later wars, the Civil War at times was no more than a bloody free-for-all slaughter with no care as to how the enemy died as long as he perished. After the battle of Cold Harbor in 1864, 7,000 Union soldiers and 1,500 Confederates were killed within eight minutes.
A Confederate soldier who witnessed the scene said, “The dead covered more than five acres of ground about as thickly as they could be laid.”
The battle at Gettysburg was worse: 51,000 men died from their wounds—more than the number of American soldiers killed in Vietnam War. 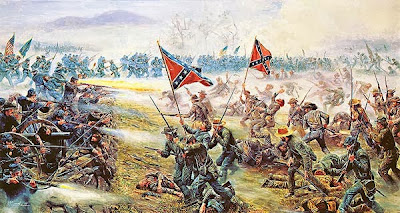 In the end over 600,000 soldiers from both sides died, more than all the other wars combined. 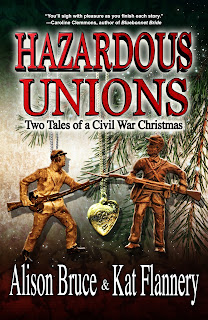 Twin sisters separated by war, bound by love…
After the death of their father, twin sisters Maggie and Matty Becker are forced to take positions with officers’ families at a nearby fort. When the southern states secede, the twins are separated, and they find themselves on opposite sides of America’s bloodiest war.
In the south, Maggie travels with the Hamiltons to Bellevue, a plantation in west Tennessee. When Major Hamilton is captured, it is up to Maggie to hold things together and deal with the Union cavalry troop that winters at Bellevue. Racism, politics and a matchmaking stepmother test Maggie’s resourcefulness as she fights for Bellevue, a wounded Confederate officer and the affections of the Union commander.
In the north, Matty discovers an incriminating letter in General Worthington’s office, and soon she is on the run. With no one to turn to for help, she drugs the wealthy Colonel Cole Black and marries him, in hopes of getting the letter to his father, the governor of Michigan. But Cole is not happy about being married, and Matty’s life becomes all about survival.
Two unforgettable stories of courage, strength and honor.