Let’s discuss characters. Whether one, two, or three dimensional these plot driven fictitious bastards are devious little creatures that have caused me to shout at my lap top, toss a book across the room, shake my hand in the air, and drink heavily. 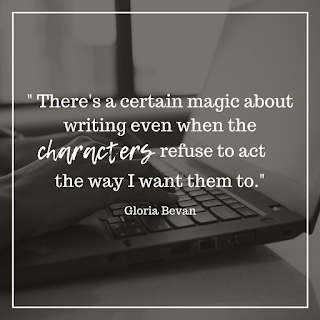 There is always more than one character, and in some cases there are too many and I need to keep a list of them. (one word: nightmare)


But it is the stubborn character, the one with a mind of his/her own that always throws me for a loop.

I am writing the first book to a five book series and I am super pumped for this one. I’ve taken months to plot out the book, create new characters, and add twists and turns. It will be friggin' awesome!

Nothing is easy when you have a character like mine. He has become a living being outside of my head who is constantly yammering on about his story. This spells danger, disaster, whiskey, and more whiskey for me.

I am the inventor of the book. I write the damn thing! But this character has other motives. He wants to go in another direction that I had not planned on. And planning is everything when writing a book, especially to someone who has OCD.

I have tried to appease him by placing him in other situations, or pulling him in the direction I need him to go, but the bugger won’t budge. Hell, I’ve even threatened to write him out of the bloody book, but he says I need him and is firm on me moving him in the way he wants to go.

After all this is a fictitious character. One, may I remind you, I created. Does
it matter that I have long winded conversations with him almost everyday on the plotting of the book? How about the fact that the other protagonist has decided to join in?

She feels the same way. 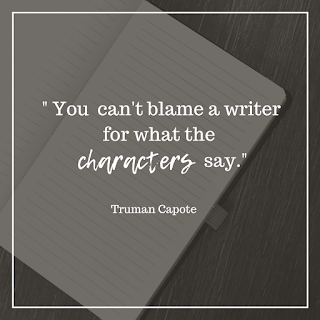 Son of a B*&@H!
How did this happen? Everything was fine in the beginning. Now, they’re like my dogs when I walk them, always pulling me the opposite direction.
What gives?

Listen, I am good to these guys. Yes, I write them into some unfortunate situations, but I always get them out. I give them what they deserve by the end of the book. Why are they being such asshats and complaining?

I never hear anything from the antagonist. He is right as rain being the villain, doing any despicable thing I write. He doesn’t stop me mid paragraph and want to be the protagonist! He is happy with his place in the book, even if I kill him, which happens almost all of the time!

Not my protagonists. They keep telling me it is their story and I need to stay true to them. I get that!
But I had it all plotted out. Can’t they see how much work I’ve put in already? I don’t want to change things now! 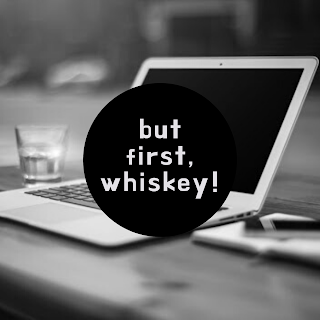 This insanity will not stop until I give them what they want. They will continue to whisper in my ear, hold me hostage in my own mind until I give in!
Which makes things worse when you're on a deadline!

I love them, even though they piss me off. They’re a part of me, who I cherish, but at the same time I’d like to delete them and move on to the next book. But I'm not a quitter, and even though I'm beyond frustrated I will wave my white flag in defeat.

After all, It really isn't my choice.
I want to tell their story. Which means one thing ... a lot of whiskey and writing it the way they want me to.